How to Set Docker Memory and CPU Usage Limit

By default, Docker containers have access to the full RAM and CPU resources of the host. Leaving them to run with these default settings may lead to performance bottlenecks.

If you don’t limit Docker’s memory and CPU usage, Docker can use all the systems resources.

In this tutorial, learn how to limit memory and CPU usage of Docker containers. 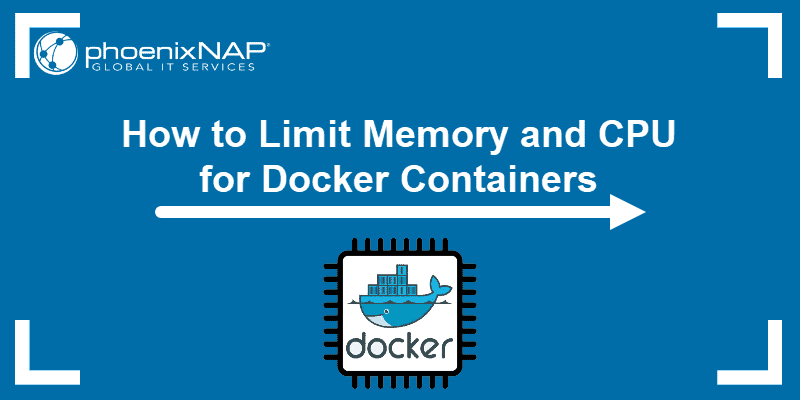 Before you can run a container with limited resources, check whether your system supports this Docker option. This guide shows you how to do so in Ubuntu, as well as how to enable this feature if needed.

If you receive the output WARNING: No swap limit support, limiting resources has not been enabled by default.

2. To add this option, edit the grub configuration file. Open the file in a text editor of your choice (we are using nano):

3. Then, add the following line:

4. Save the changes and exit the file.

5. Then, update the grub configuration with the command:

6. Finally, reboot your machine for the changes to take place.

7. To verify you have successfully enabled the given Docker feature by rerunning the docker info command.

Note: If you still haven’t mastered Docker commands, this Docker Commands Cheat Sheet may be useful as a handy reference sheet.

There are several RAM limitations you can set for a Docker container. Some of them include:

Below, find out how to configure Docker memory limitations.

To limit the maximum amount of memory usage for a container, add the --memory option to the docker run command. Alternatively, you can use the shortcut -m.

Within the command, specify how much memory you want to dedicate to that specific container.

The value of memory_limit should be a positive integer followed by the suffix b, k, m, or g (short for bytes, kilobytes, megabytes, or gigabytes). For example, to limit the container with 1 GB of RAM, add --memory="1g".

For example, to run an instance of an Ubuntu container and set the memory limit to 1 GB, the command is:

Using the swap option allows you to store data even after all RAM assigned to the container has been used up. It does this by ignoring the memory limitation and writing directly to the disk. Although this is a useful feature, it is not a recommended practice as it slows down performance.

For example, if you set --memory to 1 GB, as in the example above, the amount of swap memory needs to be more than that. To run a container with an additional 1 GB of swap memory, set the swap memory to 2 GB.

The syntax for running a container with limited memory and additional swap memory is:

Note: If you don’t want to use swap memory, give --memory and --memory-swap the same values.

Limiting the memory usage of a container with --memory is essentially setting a hard limit that cannot be surpassed. Alternatively, you can set a soft limit (--memory-reservation) which warns when the container reaches the end of its assigned memory but doesn’t stop any of its services.

If --memory limitations see are not set, setting the soft limit with --memory-reservation doesn’t completely limit container space. If you have both features enabled, the soft limit is always lower than the maximum space capacity.

As an example, for an Ubuntu container to have the memory reservation of 750 MB and the maximum RAM capacity of 1 BG, use the command:

There are several ways to define how much CPU resources from the host machine you want to assign to containers.

For example, if you have a host with 2 CPUs and want to give a container access to one of them, use the option --cpus="1.0". The command for running an Ubuntu container with access to 1 CPU would be:

You can also use the --cpu-shares option to give the container a greater or lesser proportion of CPU cycles. By default, this is set to 1024.

To run a container with lesser CPU shares, run:

Now you can run Docker containers without having to worry about them stepping on each other and taking up too many resources. For more Docker configuration options, check out How To Use Docker Run Command With Examples.