Vim (Vi Improved) is one of the clone versions of the text editor vi. With features such as syntax highlighting and new editing commands, Vim is one of the best text editors for the development environment.

Vim comes standard with most Linux distributions, but if you want the latest available version, you need to use git.

In this tutorial, learn how to install the latest Vim editor on Ubuntu 18.04 operating system. 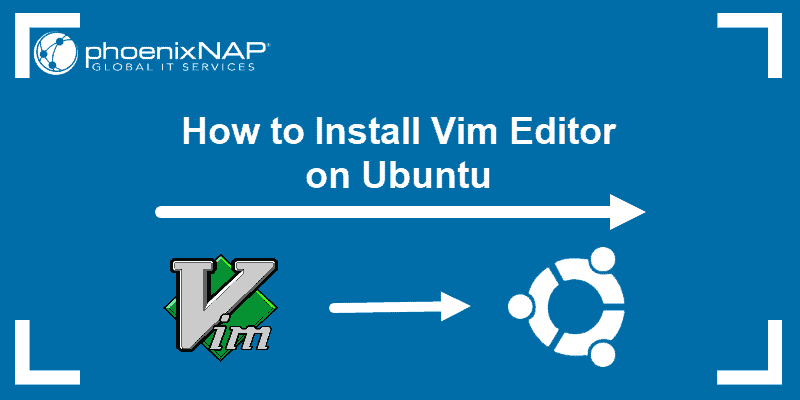 Steps For Installing Vim on Ubuntu

Before you can install an application from GitHub, you need to meet the requirements. Run the following commands:

This command installs two necessary ncurses packages. The last few lines in the output should look similar to this:

Once it’s done, install git with this command:

After git, install the make tool. This tool necessary to build and install packages from non-official repositories.

The final package to install is the build-essential package which contains the compiler we need.

Give it a minute or two to finish, and you are ready to install the latest Vim from GitHub.

1. Download Vim from its GitHub repository to your machine.

When the system finishes downloading the files, navigate to the download directory. In this case, go to the vim/src directory by typing:

2. Build the software with the make tool.

In the terminal, enter:

Let the system finish building the program from its source code.

3. Place the program we just built to the correct location. This step includes Vim’s libraries and documentation.

To do so, enter the following command:

The output should look similar to this:

You are now ready to use Vim 8.2 on your system.

To verify the installation process has completed successfully, check the version of Vim on your system.
In the terminal, run this command:

The editor will open and show you the current version of Vim. 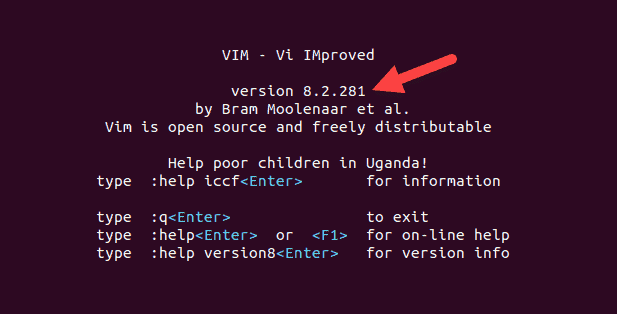 How to Uninstall Vim

If you decide to uninstall Vim from your system, you can remove it with the following command:

Then, type in the password and press y to confirm.

This command removes the latest version from the GitHub repository. After this, you can use the apt install vim command if you want to return to the release from the official repository.

The most significant feature is support for running popup windows allowing you to display text on top of other windows. Other changes include a few new commands and the function chaining for method calls.

This guide showed you how to install the latest Vim editor on Ubuntu 18.04. Make sure you have all the tools available before you start building and installing Vim from unofficial repositories.

Sofija Simic
Sofija Simic is an aspiring Technical Writer at phoenixNAP. Alongside her educational background in teaching and writing, she has had a lifelong passion for information technology. She is committed to unscrambling confusing IT concepts and streamlining intricate software installations.
Next you should read
DevOps and Development SysAdmin
How to Install Vim 8.2 on CentOS 7
Official repositories struggle to keep pace with updates and new software versions. This article provides ...
Read more
DevOps and Development SysAdmin
22 Best Linux Text Editors for Programming & Coding
A text editor is an application that lets you type text. All Linux distributions come with built-in editors ...
Read more
SysAdmin Web Servers
How to Create a File in Linux Using Terminal/Command Line
Creating a file in Linux might seem straightforward, but there are some surprising and clever techniques.
Read more
DevOps and Development SysAdmin
How to Save a File in Vi / Vim & Exit
Vim (Vi IMproved) is a well-known, open-source text editor for Linux or Unix systems. It is a powerful and ...
Read more
© 2021 Copyright phoenixNAP | Global IT Services. All Rights Reserved.