The long-awaited Linux Kernel 5.0 upgrade is finally out, and it is time to take a look at all the new features it has to offer.

Linus Torvalds, the principal developer of the Linux kernel, warned the public not to expect a drastic difference from its predecessor. He announced that the Linux Foundation does not do “feature-based releases.” Therefore, calling it 5.0 instead of 4.22 is just a matter of him “running out of fingers to count on.”

Some of the most exciting updates include AMD FreeSync support, data encryption, improved power management, providing official support for the Raspberry Pi touchscreen, and other hardware support. 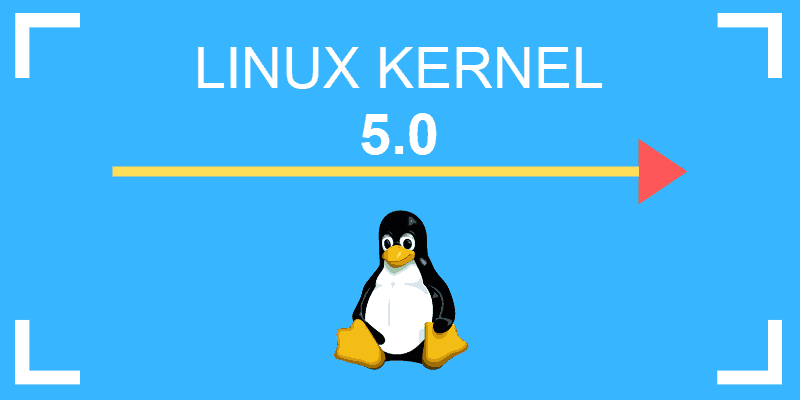 The new stable version of the kernel for Unix-like operating systems has been released. Learn more about Linux Kernel 5.7 and its features.

The first significant change is that Kernel 5.0 works with AMD FreeSync, with the help of Mesa 19.0.

Therefore, it is the refresh rate that must dictate the speed at which FSP will send out frames for the monitor to display.

However, FreeSync does not work on all graphics processing units (GPUs), but only on those with a specific FPS range. Also, to experience AMC FreeSync, you need a monitor that supports FreeSync and an AMD Radeon R5/R7/R9 200 series GPU.

Kernel 5 brings power management improvements with the Energy Aware Scheduler (EAS). Its task is to efficiently handle systems with asymmetric CPU topologies, such as big.LITTLE and DynamiIQ ARM platforms.

Also, Adiantum in now also a part of fscrypt, the management tool used for Linux file system encryption. Therefore, it will contribute to the desktop user experience through the native F2Fs and EXT4.

Users for whom data security is of high priority will find this innovation quite valuable.

For the first time, the Linux Kernel will now support the Raspberry Pi touchscreen with an official driver. Powered via general-purpose input/output (GPIO) pins, the Raspberry Pi connects to the touchscreen via the DSI port. This raspberrypi-ts driver receives information via Raspberry Pi firmware, from a memory mapped area.

With such support, Raspberry Pi enthusiasts will have the opportunity to develop their own smart information displays and DIY tablets.

ARM processors are powerful because they can perform many tasks at once. For this reason, chipsets with ARM architecture are in most Android smartphones and tablets. It is crucial for operating systems to support such popular processor because of their widespread use.

Early Support for the NVIDIA Turing

Gaming enthusiast are especially excited to hear that the new Kernel 5.0 supports the NVIDIA Turing

architecture. This is one of the most advanced GPU architectures on the market. It delivers exceptionally realistic graphics for PC games, as well as accelerates visual content editing. Besides everyday use cases, this GPU architecture may find its place in data centers, running demanding applications and being used for machine learning.

Some of the most exciting features of Turing

Other Changes in Linux 5.0 Include:

Unless you have a lot of experience or a good reason, do not experiment with the kernel on your own. The best idea is to wait for a stable release of a Linux distribution with the Kernel 5.0 included.

Linux Kernel 5.0 is available for download from the official Linux Kernel website. However, it is generally not recommended for everyday users to manually upgrade their Linux kernel.

Sofija Simic
Sofija Simic is an aspiring Technical Writer at phoenixNAP. Alongside her educational background in teaching and writing, she has had a lifelong passion for information technology. She is committed to unscrambling confusing IT concepts and streamlining intricate software installations.
Next you should read
DevOps and Development SysAdmin Web Servers
CentOS 8 Released: New Features, Changes, & How to Download
CentOS is widely popular among developers and system administrators as it offers full control over its highly...
Read more
Security SysAdmin
How to Check Kernel Version in Linux in Command Line
The Linux kernel is much like the central brain of the operating system. Although it is open-source - meaning...
Read more
SysAdmin Web Servers
How To Upgrade or Update CentOS 7.0/7.1/7.2/7.3/7.4/7.5 to CentOS 7.6
CentOS 7.6 is a minor update and was published in December 2018. It includes various minor updates and...
Read more
Security SysAdmin
How to Reset or Change the Root Password in Linux
In Linux, root privileges (or root access) refers to a user account that has full access to all files...
Read more
© 2021 Copyright phoenixNAP | Global IT Services. All Rights Reserved.